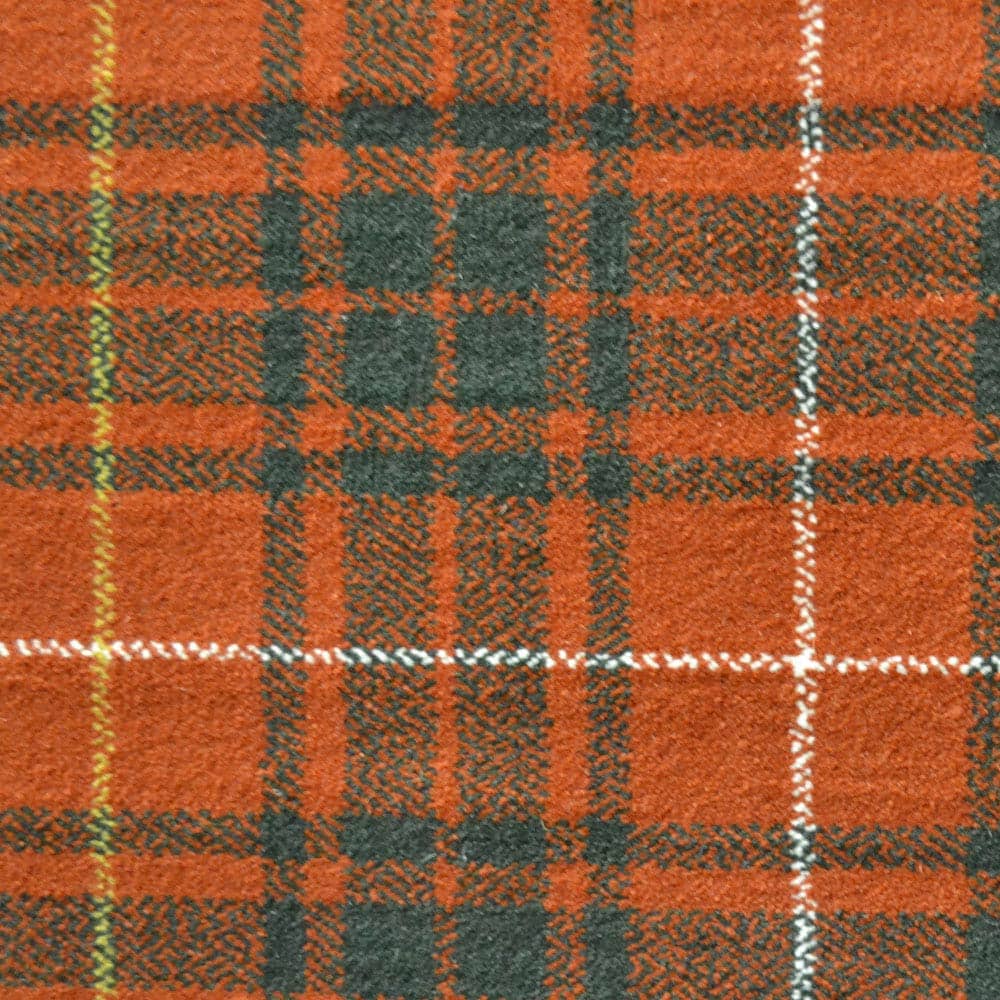 Bruce is one of the most famous and noble Scottish clans in history, yet the family tartan can be traced all the way back to Normandy, France.

When we think of the Scottish family clan of Bruce, most of us think of Robert the Bruce. In reality, the clan dates back much farther than this noble Scot, with origins in 11th Century France.

Robert de Brus was a follower of William the Conquerer, Duke of Normandy, France. He accompanied him to England in 1066, and one of his relatives became a companion to Prince David who later became David I of Scotland, following him across the border when he did so. De Brus son, also Robert, did not share his father’s allegiances with England, and so returned to the lands of Annandale where he abandoned his father’s coat of arms.

This is where the House of Bruce history begins, when Robert was named the 4th Lord of Annandale. He married Isobel, the niece of William of Lion, in the 13th Century which then cemented his place by being granted the lands of Annandale.

This is where all future Bruce claims to the throne can be traced back to.

After a few unsuccessful attempts to heir the thrown following the death of Alexander III of Scotland, the 8th Robert the Bruce, which we all remember from history books, was the one who finally succeeded the throne, after stabbing his rival in the heart. He was crowned in March 1306, and was revered as a great king in his time.

Other well known, but perhaps less famous Bruce descendants include the 7th Earl of Elgin, who devoted his fortunes to trying to reclaim the Elgin Marbles.

With such a regal history, you may expect the Bruce family tartan to be filled with royal blue, however it is in fact a red tartan, decorated with green checks, and both yellow and white criss-cross stripes.