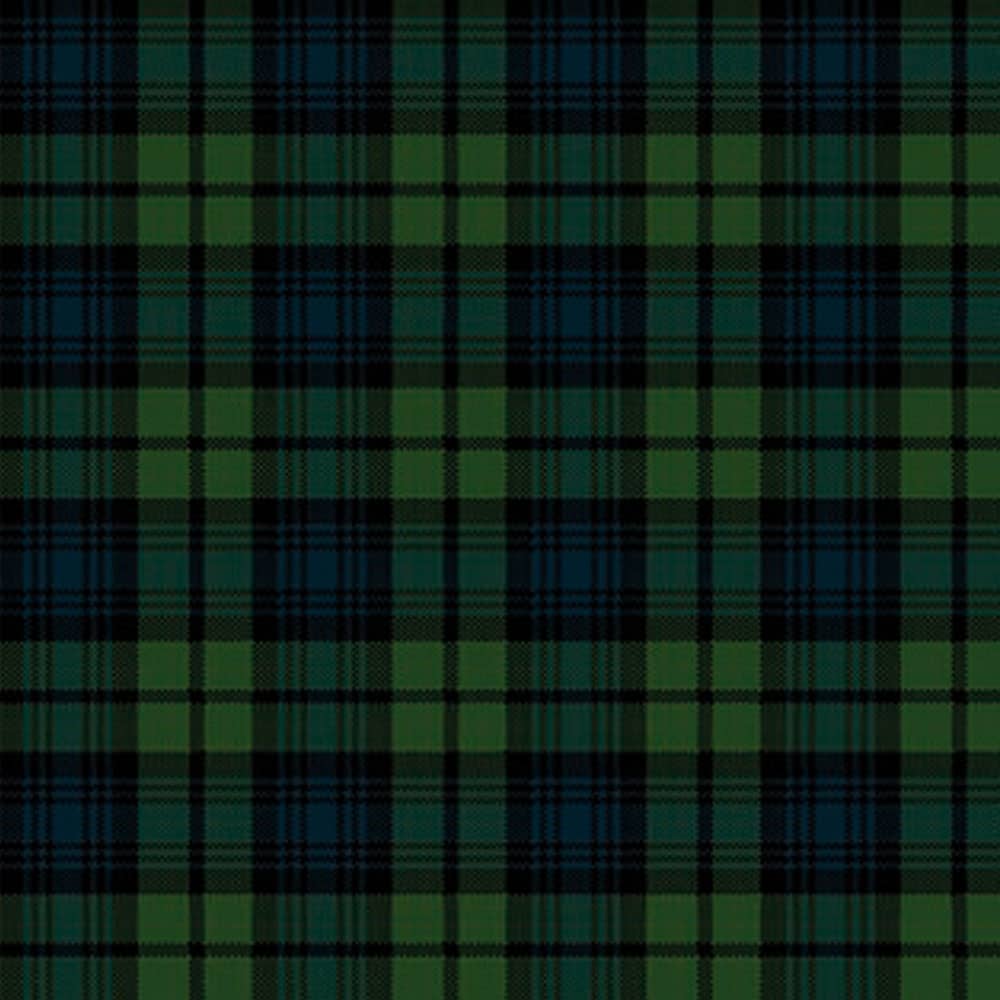 The Black Watch Scottish tartan is one of the most recognisable forms of Highland Dress out there, and is associated with its own army regiment.

The Black Watch Tartan is one of the most recognisable Scottish tartans. Hailing from the raising of a ‘Watch’ whose purpose was to disarm Highlanders, hinder rebels from inhabiting their space, and bring criminals to justice, the Black Watch and its tartan lead back to King George I as late as the 1700s.

Whilst this is still almost 400 years ago, it’s relatively late in the history of Scottish clans and Scottish tartans. The creation of the tartan can be dated back exactly to 15th May 1725 whereby General Wade, the Commander-in-Chief of North Britain issued an order on uniform to the companies which made up the Watch.

The order stated the need for the companies to prove Plaid Clothing and Bonnets in Highland Dress, with the clothing of each company to be as near to each other as possible.

From there the Black Watch tartan itself was born, almost exactly as we know it today. Back then it was officially termed the Government Tartan. It wasn’t until 1739 that the tartan became known as the Black Watch, as a King’s Warrant renamed the watch when they became the 43rd Royal Highland Regiment, which was (and still is) nicknamed the Black Watch.

The Black Watch Highland dress colours are blue, green and black. With a strong royal blue cloth making up the main squares on the tartan, bold forest green lines criss-cross these squares, forming the main pattern of the tartan. In between the green criss-cross lines are thinner black lines running both horizontally and vertically, forming lots of little squares in the tartan. Black is also used to outline the green lines in thicker stripes, setting the pattern off completely.